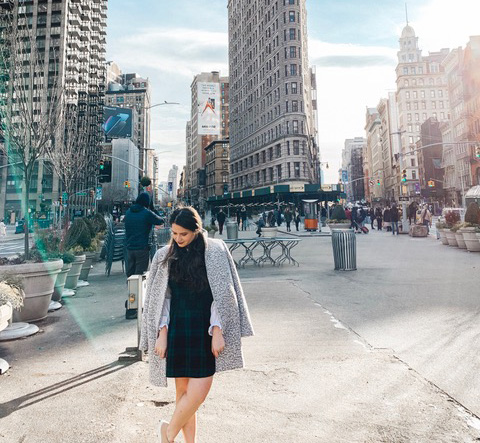 This semester I had the opportunity to attend NYFW as a blogger/media coverage invitee. I couldn’t believe that I was invited and able to go.  It didn’t feel real. I have been blogging for over two years now, and I absolutely love what I do.

About six months after starting Coffee with Jordan Lee, brands started approaching me, wanting to feature their content on my site.  I’ve been collaborating with companies and posting sponsored content ever since. One of my big dreams, of course, was to attend NYFW and cover shows for my blog. I thought it might happen a long time in the future, but two months ago an influencer agency I work with asked me to fill out a form to send to PR firms for NYFW engagement.

I told myself, “Why not?” and submitted it.

Less than a week later, the invites started rolling in…

The trip was absolutely phenomenal. All three days were jam-packed full of excitement, city views, amazing food and of course, breathtakingly beautiful fashion designs. Each day and runway show was so extremely different from the others, it made for such an exciting and memorable experience.

Now that I’m back in Tuscaloosa, it’s back to reality and back to graduate school. The transition was weird and difficult, however, I wouldn’t trade the experience for anything. I learned so much, and I think attending as a student gave me a greater appreciation for everything I saw and did. It also left me feeling inspired. I returned home knowing I want to make the most of the time I have left here in TTown, and that I want to push myself harder when it comes to following my heart and landing my dream job. Graduation is right around the corner, and I have a new set of skills and a new outlook, thanks to NYFW. 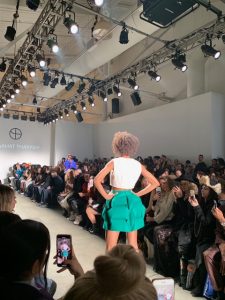 When I was at the runway shows, people wanted to know who I was. At the second show I went to, I was lucky enough to be a seated attendee. Most of the time bloggers get “standing only” tickets. I was sitting in a seat that was marked “Designer Guest,” and I was kind of freaking out. Multiple women behind and next to me engaged in conversation with me, and we were having a great time. All of a sudden someone very important was seated right in front of us. She was asked to pose for photos on the runway and then some people came up and took photos with her. It was Sarah Rose Summers, 2018’s Miss USA. A woman behind me asked me if I knew who she was. I said, “Yes, oh my gosh, It’s Miss USA!”  Then she smiled and said, “Okay, and who are you?”

Such a funny question to be asked. I wasn’t quite sure what to say. I explained that I run a fashion + lifestyle blog, and she told me how awesome that was. She introduced herself as Giselle, “The Insta Professor” and told me she was there reporting and getting footage for Stylish Maven, or Style Music TV. She even took a photo of me and put it on her story, tagging my Instagram. I realized in that moment that this was networking, but it didn’t feel scary or stuffy, or any of the other preconceived notions I had about what it was supposed to be like. It’s easy to jump into a conversation about the VIP in front of you, or to lean over and introduce yourself, instead of sitting in silence.  I’m so thankful I had this experience and that I feel more prepared for any networking opportunities that may arrive in my future.

2. LIVING IN THE MOMENT IS EASIER TO DO THAN YOU THINK

While I was in NYC for only three days, I made sure to soak it all in, be present, and be off my phone. I took the time to watch out my window while we Ubered all over town. To stare out at the view from my hotel rooftop lounge, where we ended each night. To embrace every moment in the Spring Studios lobby, at the Tresemme hair salon, at each and every Runway show.

It’s so easy to get caught up in social media, in texting/snapping our friends, in just looking down at our phone for no reason. I know I’m guilty of this a lot when I’m walking to class. If only I would look up and enjoy the view of my beautiful campus. I only have so much time left on campus, I want to make the most of it!

In that moment when Giselle asked me who I was, I felt stuck. What do I say? Who am I? A tiny blogger from Alabama? Like, why was I even at NYFW? I answered her and she was immediately impressed with my Instagram and my invitation to the show. She was so kind and so genuine, and I didn’t feel like I had to exaggerate or try to be someone I’m not. The truth was that I was invited to NYFW because these designers wanted coverage on my blog, and that’s a really cool thing to be proud of. I’m grateful I had that realization and that this trip helped me to know not to sell myself short.

4. FASHION IS TRULY AN ART FORM OF SELF-EXPRESSION 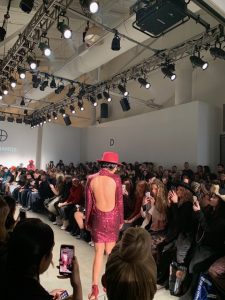 I’ve always been a true believer in fashion being a form of self-expression. I know there are trends, and I know that it’s fun to wear “what’s hot” right now, but I’ve always been more interested in wearing what I like, what I feel good in, and what I think shows off who I am.

Before I left for NYFW, I was told, “You will see every single type of look there is.” And that is so true. Both onstage and off. I loved seeing so many attendees expressing themselves in their favorite looks. They were strutting their stuff, owning who they were. Paparazzi took their photos and they walked around knowing they looked good, exuding confidence. This trip helped enforce my belief, and I’m glad to know even at New York Fashion Week, people are staying true to themselves, which is one of the most important things you can be.

Last but not least, and as cheesy as it sounds, going to NYFW taught me to never give up. A few weeks ago, I could have only dreamed of one day “making it” to a runway show at New York Fashion Week. I thought it would take years, not to mention lots of blood, sweat, tears, and probably a few heartbreaking “No’s,”  to even come close. And while I have been pouring blood, sweat and tears into my blog for two years now, it did not take years nor heartbreaking rejections. I worked hard, had a dream, and made it happen. This showed me that never giving up is more important than we think. Even if it didn’t happen this year, and even if I don’t go again in September [which, trust me, I am trying to do], that’s okay. I know that if I keep going and keep working, I can eventually get there again. And that’s enough for me. ♡ 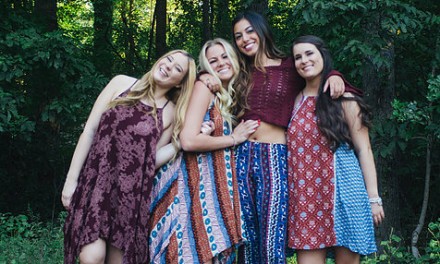 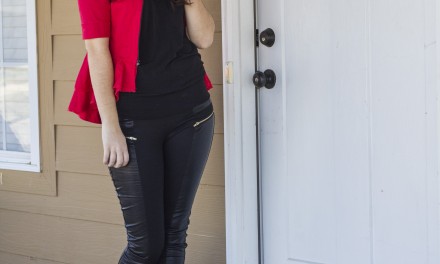 What to Wear: Valentine’s Day 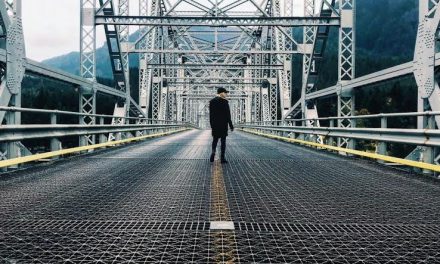 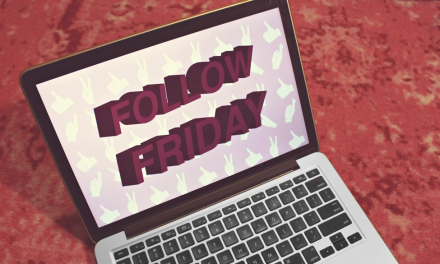