The video above features Chelsea Handler speaking about Chelsea Does on Ellen.

There’s a sketch on Inside Amy Schumer called “I’m Sorry” that features a successful women over-apologizing for normal actions. Each apology was more absurd than the next, and yet there is a sad familiarity to this scene. As a 22-year-old woman who is a producer at a fairly successful TV station, I apologize for something that is not my fault almost daily. It is something that has been ingrained in me since birth. As women, we are taught to apologize for simply existing in this world. Growing up we go from being told that the world is ours to being told that we must be appealing to the world.

Recently while watching the show Chelsea Does on Netflix, I watched Handler take on a panel with participants ranging from the NAACP to Anti-Defamation League. They wanted her to apologize for a joke that she made about Angelina Jolie’s adopted son Pax. When she refused to apologize, the panel seemed baffled. Even Time magazine reporter Daniel D’Addario couldn’t seem to fathom why she would not apologize for the joke, calling her series a “narcissistic new low.” While I was not shocked to see a male reporter calling a show run by a woman “narcissistic,” I was surprised to see that he did not understand the concept of the show. Despite the show being a four-part documentary series called Chelsea Does (hint the description is in the name), D’Addario can’t understand why the show only focuses around the comedian’s life and how she deals with each topic. Handler herself has even mentioned that the show is not meant to be a Diane Sawyer special, but a representation of her stepping into the next chapter of her life.

Now that Handler is set to premiere her new talk show in May on Netflix, the door is cracked open for the next female late night night host on network TV. Samantha Bee, a former Daily Show correspondent, is attempting to fill both Handler and Joan River’s former shoes by hosting her new show Full Frontal on TBS. Bee brings a different perspective to late night and breaks up the monotony of the “All Boys Club.” 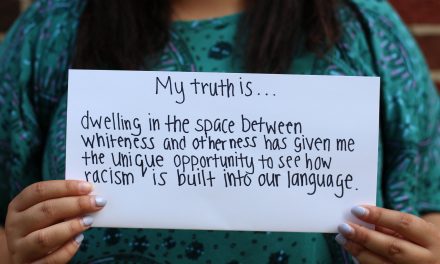