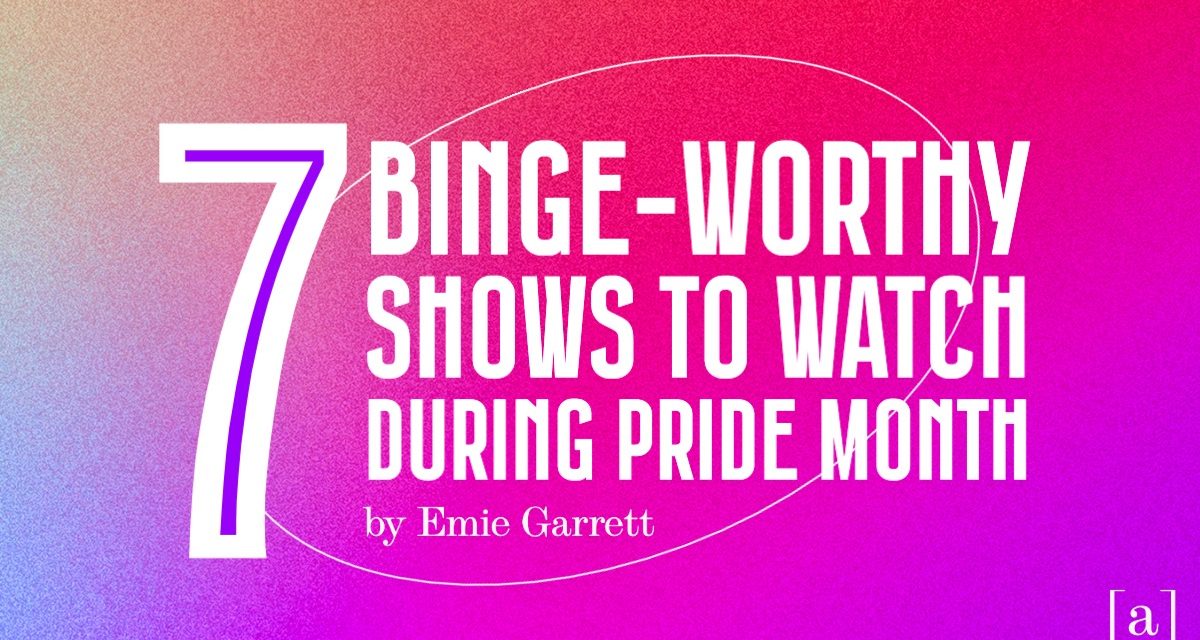 It’s Pride Month, which means it’s time to celebrate the stories, lives and people belonging to the queer community. Celebrating Pride Month by watching, listening and supporting queer stories is a great way to increase queer visibility and hold the door open for more identity and life-affirming stories to continue being shared widely, stories that are vital to members, especially young members, of the LGBTQ+ community.

Thankfully, there’s more LGBTQ+ representation in entertainment than ever before. A study conducted by LGBTQ+ media advocacy group, GLAAD, found that in the 2021-2022 TV season, queer representation in U.S. television was at an all-time high with nearly 12% of regular characters identifying as LGBTQ+, up 2.8% from the 2020-2021 season.

From heartwarming coming-of-age stories to depictions of queer people of colors’ unique experiences and every affirming story in between, there’s something for everyone celebrating the queer community through film this June.

It’s time to grab some popcorn, a comfortable blanket and hit play on these binge-worthy series.

With a cast rich in queer, transgender and nonbinary people of color, “Pose” is set in the opulence of 1980s New York City, focusing on House ballroom culture, a LGBTQ+ subculture in the African-American and Latinx communities that was born from underground drag balls which date back to the 1800s, growing massively in popularity during the Harlem Renaissance.

Created by Ryan Murphy and Steven Canals, and with names like Billy Porter, Indya Moore and MJ Rodriguez in lead roles, the Emmy-winning show follows the dancers and models in this underground community as they compete for trophies and recognition within their network of chosen families, known as Houses.

“Pose” shines an unwavering light on one of the most underrepresented groups in America. Telling the stories of characters who have been diagnosed with HIV and showing the heartbreaking loss of friends and chosen family members to the disease. Characters face discrimination and hatred for their gender, race and sexualities, as well as the cruel reality of living in a country where laws are made, and political agendas are pushed, that seek to scrub queerness from society.

Described as, “a celebration of life,” in a review by Decider, “Pose” gives centerstage to a  community that was pushed to margins for far too long.

If you’re fascinated by the lives of royals, here’s the perfect show for you. “Young Royals” follows teenage Swedish royal, Prince Wilhelm, played by Edvin Ryding, on his journey at a new boarding school where, after meeting and developing feelings for scholarship student, Simon Erikson, played by Omar Rudberg, he must make the age-old choice that so many royals seem to face, choosing between love and duty.

Described as, “a slow-burn of angst and confusion,” in a review by The Nerd Daily, “Young Royals” is a coming-of-age story about first love, sexual exploration and figuring out who you are while dealing with themes of societal and familial expectations, classism and coming out in a way that is authentic, shameless and, while there is plenty of drama, avoids cheap dramatic plot points simply for drama’s sake.

Fresh off its April 2022 release, “Heartstopper,” an adaptation of the graphic novel series by the same name, written by Alice Oseman, is a sweet comedy following Charlie Spring, played by Joe Locke, a super-shy “borderline outcast” and one of the only openly gay students in his school, and Nick Nelson, played by Kit Conner, the school’s ultra-popular star rugby player.

When the two strike up an unlikely friendship, they realize they have deeper feelings for each other, and try to navigate them while simultaneously navigating school, social hierarchy and the adolescent chasm of still being wildly innocent yet increasingly mature. A warm coming-of-age story, “Heartstopper” will take you right back to the awkward experience that is high school and crushes and trying to make sense of your world and where you fit into it.

This one is for the animation fans. Ever since the first season of Harley Quinn’s solo show, “Harley Quinn,” fans noticed the sexual chemistry between iconic villainous duo Harley Quinn, voiced by Kaley Cuoco, and Poison Ivy, voiced by Lake Bell. Now, in season two, Quinn and Ivy’s relationship is given room to develop, but with Ivy’s wedding to Kite Man looming, will this bombshell criminal duo finally end up together?

If (hopefully when) fans finally get the long-awaited romantic pairing between Quinn and Ivy, it will be another big step for queer representation in animation, a category of film and television that, according to journalist Abbey White in an Insider database, “is the last battleground [in television] for LGBTQ representation.”

“Sort Of:” Stream on HBO Max

Described as, “a major step forward in genderfluid visibility,” in a review by Mashable, “Sort Of” is a dramedy telling the story of Sabi Mehboob, played by Bilal Baig, a first-generation Pakistani-Canadian trying to navigate their many identities as the youngest child of a large Pakistani family, a bartender at a LGBTQ+ bar and the new de facto parent of a hipster family after their employer and friend falls into a coma due to a biking accident. Mehboob juggles all this while still learning to embrace their nonbinary identity.

While having a genderfluid person at the center of the show, there is a seamless complexity in the way “Sort Of” does not heavily fixate on its lead’s gender and sexuality as the central conflict of the show, but instead simply follows their life, with its varying relationship, family and career triumphs and woes as a person, who is also nonbinary.

While these are some of the best shows with queer characters at the center, there are many more outstanding films, series, documentaries and docuseries available, all of which are a great way to gain further insight into the lives and experiences of those in the queer community.

“The Death and Life of Marsha P. Johnson,” Stream on Netflix

In 1992, transgender icon and gay liberation activist, Marsha P. Johnson, one of the prominent figures behind the Stonewall Uprising of 1969, was found dead, floating in the Hudson River. The police ruled it a suicide, but many members of the queer community believe she was murdered.

25 years after the case went cold, documentarian, David France follows trans activist, Victoria Cruz as they seek to uncover the truth behind Johnson’s death while celebrating her legacy.

A documentary chronicling pivotal moments throughout the gay rights movement in the United States, as well as shedding light on the violence transgender women face daily. “The Death and Life of Marsha P. Johnson” will break your heart, make you angry, inspire hope and give you greater insight into the origins and development of the LGBTQ+ movement.

A romantic comedy about a group of queer best friends on a trip for their annual week of “love and laughter.” “Fire Island” is a hilarious, charming and queer take on Jane Austen’s “Pride and Prejudice.”

Set on Fire Island, a real island off the South Shore of Long Island that serves as a hot vacation destination for members of the LGBTQ+ community but is known for attracting a crowd of exclusively wealthy, perfectly sculpted, very white gay men. This is where audiences meet their Noah, a modern day Elizabeth Bennet, played by Joel Kim Booster, and his chosen family consisting of Howie, Luke, Keegan and Max, played by Bowen Yang, Matt Rogers, Tomas Matos and Torian Miller, respectively—a group that doesn’t exactly fit the bill.

While raunchy fun ensues, “Fire Island” isn’t just focused on promiscuity, but also openly addresses issues and topics within the gay community like, body dysmorphia, racism and body shaming while keeping with its intended light-hearted and rom com story line.

If you know anything about “Pride and Prejudice,” you probably know where this story is heading—it is a rom com, after all— but even if you think you know how “Fire Island” will end, it is entirely worth reliving the plotline in this refreshing, inclusive take.

A docuseries chronicling the fight for LGBTQ+ rights in America from the 1950s through the 2000s. Seven renowned queer directors chronicle the heroic and tragic stories that have defined and marked the United States, spanning from the FBI surveillance of queer individuals during the Lavender Scare of the 1950s to the “Culture Wars” of the 1990s to the fight for marriage equality, culminating in the long overdue 2015 Supreme Court ruling which allowed same-sex couples the constitutional right to wed under the 14th amendment.

A series following a group of teens, diverse in sexuality, gender and race, navigating the ups and downs of adolescence, all while running a covert sex clinic out of an abandoned school bathroom where they anonymously dole out advice to their peers.

Described as “radically non-judgmental” in a review by Film School Rejects, “Sex Education” provides a cast of diverse LGBTQ+ characters and focuses on breaking the perpetuation of harmful misinformation and shame that surround sex, especially sex within the LGBTQ+ community, by writing stories lines that honestly and unabashedly answer the questions many young people find themselves too afraid to ask.

So, this June celebrate loudly, unabashedly and pridefully. Go to parades and events, donate to organizations supporting the LGBTQ+ community, share your story, listen to others’ stories, bake all the rainbow goodies. Love is love is love. Happy Pride Month to all.

Emie Garrett serves as our Entertainment Editor. During her three years at Alice, she has written numerous stories for both our digital and print channels. Originally from Demopolis, Alabama, she earned her Bachelor’s degree in public relations from The University of Alabama in 2021, and will begin her second year of graduate studies in the fall, working to earn a Master’s degree in advertising and public relations with a concentration in creative advertising. 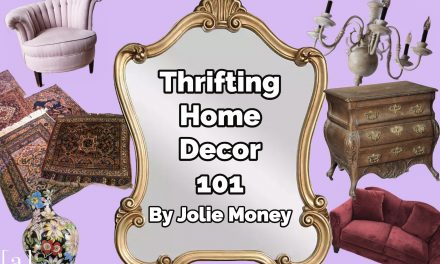